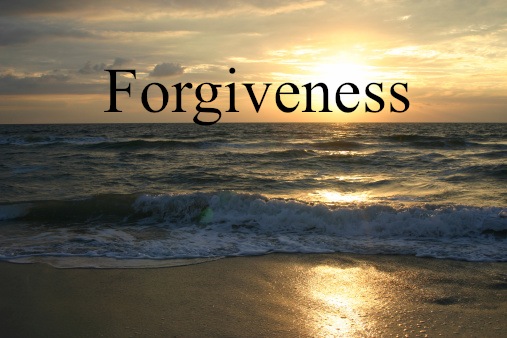 The following article was written by one of the co-founders of The Grief Recovery Method (GRM), Russell Friedman, on August 16, 1993.  You can find this article on GRM’s blog.   This is the first of three articles he wrote.  They will be posted here on the next few Saturdays.

I am one who has a hard time with the word forgiveness.  I tend to think like the rest of the world and believe forgive means to condone a specific act or person.

This article is the first of a trilog 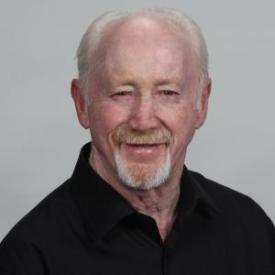 y where we will probe some of the myths and misinformation about three words that are very important when using The Grief Recovery Method. The words are FORGIVENESS, FEAR, and FAMILIARITY. FORGIVENESS is the subject of this article.

It is almost a pleasure to write about forgiveness rather than talking about it. There is no subject that provokes more argument, more rigidity, or more pain than the idea of forgiveness. In fact, if forgiveness were not such an important stepping stone to successful grief recovery, we would not bring it up at all.

Forgiveness is one of the least understood concepts in the world, and is especially problematic in English-speaking countries. Most people seem to convert the word forgive into the word condone. The definitions in our Webster’s Dictionary illustrate the problem.

FORGIVE ….to cease to feel resentment against [an offender].

CONDONE…. to pardon or overlook voluntarily; esp.: to treat as if trivial, harmless, or of no importance. 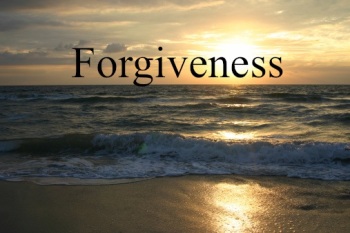 If we believe the two words to be synonymous, it would be virtually impossible to forgive. The implication that we might trivialize a horrible event is clearly unacceptable. However, if we used the top definition for forgive we would be on the right track.

For example, a griever might harbor a tremendous amount of resentment against the person who murdered his/her child. That resentment might create and consume a lot of energy, that in turn might mask the pain and sadness about the death of the child. As long as the griever stays focused on the murderer, they may find it impossible to grieve and complete their relationship with the child who died. The resentment, or lack of forgiveness of the murderer, gives more importance and energy to the murderer than to the child. Successful recovery from the pain caused by loss requires that we focus our energy on completing our relationship with our loved one who died. By not forgiving the murderer we almost guarantee staying incomplete with the child.

Grief is the normal and natural emotional response to loss. It is essential to correctly identify the loss – the death of the child – so a process of completion can begin. The example about the murderer and the child can be applied to the perpetrator and the victim of any kind of event.

If the death of a loved one was a suicide, you might need to forgive them for taking their own life so that you could then complete what was emotionally incomplete for you when they died.

Forgiveness is not our objective. Forgiveness is one of the tools we may need to employ in order to complete the relationship that ended or changed, due to death or divorce or other life circumstance. The subject of forgiveness is massive and carries with it many, many beliefs, passed on from generation to generation. We offer this article and the following questions and answers to help you determine if the definitions that you were taught are helpful or if they need some updating.

QUESTION: What if I have built up a resistance to the word forgive. Is there any other way of approaching the issue?

ANSWER: We recently helped someone who couldn’t even say forgive. She called it the “F” word, which inspired this column. We gave her the following phrase: I acknowledge the things that you did that hurt me, and I am not going to let them hurt me anymore.

QUESTION: Is it appropriate to forgive people in person?

ANSWER: An unsolicited forgiveness will almost always be perceived as an attack, therefore it is almost always inadvisable. It will usually provoke a new issue that will create even more incompleteness. The person being forgiven need never know that it has happened.

This article was written by Russell Friedman on August 16, 1993.

Please feel free to share with us! Cancel reply

This site uses Akismet to reduce spam. Learn how your comment data is processed.